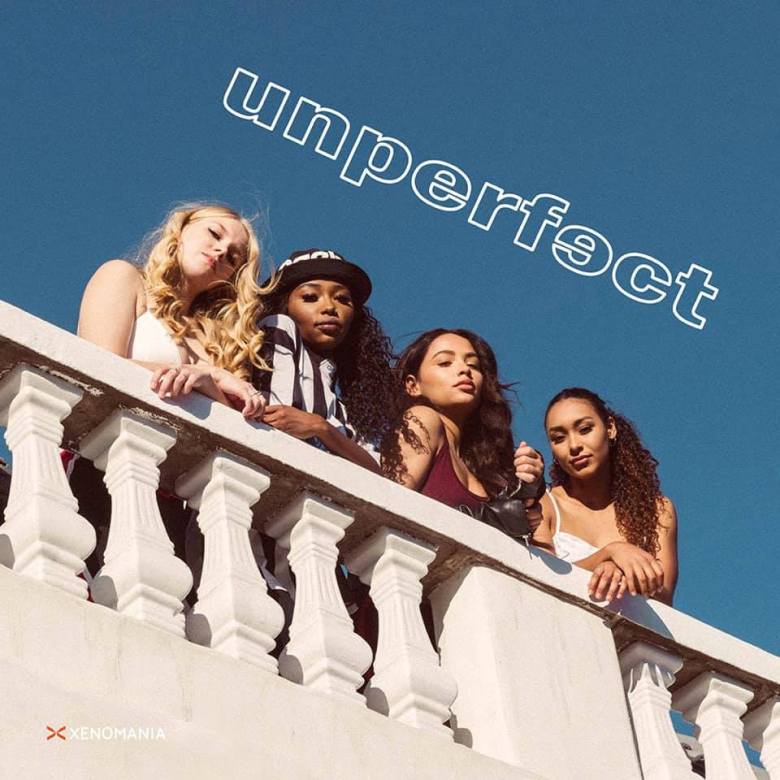 When it comes to working with girlbands there really is no better label in the UK than Xenomania Records, so it was no surprise when unperfect came onto the scene with a sensational debut. However what was so refreshing about this band was that instead of crafting pop anthems, they went for a more laidback sound filled with summer vibes that was so unique and exciting to hear. Now they’ve released their debut EP Yeah, Why Not and it really is something special.

The opening of the EP builds on what their debut single offered with a 90’s house backing with a funky bass line with the occasional synth flourish and harsh guitar chords creating a intoxicating backing for the girls to sing over. Looking For A Hug feels like something that would be played in an underground club during the early 2000’s and has an intoxicating melody that just makes you want to dance and it’s just so different to what other girl groups are releasing it’s hard not to love this start.

The next track is Rope which feels like a old school blues track with some slick guitar riffs leading the song mixed more contemporary beats alongside it. The vocals of this track are absolutely luscious with each one of the girls shining in different ways, whether it be high levels of sassy, a quirky vocal that is intoxicatingly good or just a great emotional connection to the song, each vocal really does shine here.

So Jaded is a bonafide club anthem in the making, literally from the moment it starts to the moment it ends all you want to do is dance. The lyrics are outstanding, the vocals in this track are the best they sound on the whole EP and the production is out of this world. Everything just comes together in beautifully to create what I’d say is the best track of the entire EP and I know this is going to be on my party playlist from now on.

TOOTIMETOOTIMETOOTIME by The 1975 is one of the best pop songs of 2019 so covering it is always going to be a challenge, but unperfect managed to make this track distinctly their own. They give it this R&B flair mixed with a more deep bassline that allows it to feel like a track the girls have created themselves, if The 1975 hadn’t already released this I would’ve thought this was theres.

The finale of this EP is the track that started it all, Gots To Give The Girl but now it’s an acoustic version that allows us to really hear that Spanish influenced guitar melody that made the production of this track shine in the original. It’s still got this wonderful charm to it and I know after listening to this I’m going to be singing, “Boy you better run run run run / Just look at what you’ve done done done done,” under my breath for weeks to come.

Overall Yeah, Why Not is a brilliant debut effort. Unperfect are the, ironically, perfect modern day girl band that look set to make waves this year. I highly recommend getting this EP and falling in love with this girl band.